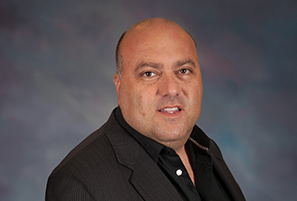 Moshe Manoah is a founding member of Crown Holdings Group. He began his career more than 25 years ago as a founding member and general contractor of NRI Construction, Inc. Mr. Manoah was responsible for all business development at NRI where he successfully brought the company to over $250 million in revenue in a short period of time and through performance management ideas he continues to apply today. This endeavor allowed Mr. Manoah to gain a broad range of experiences in the management and construction of residential and commercial real estate nationwide.

After Alston & Bird, Mr. Schlossberg joined BWAY Corporation, a NYSE-listed manufacturing company with annual sales of $500 million, as General Counsel. There he served as a member of the Executive, Management, Employee Benefits and Strategic Alliance committees and led corporate restructuring initiatives and advised the company’s board of directors on M&A, real estate transactions, fiduciary issues, and shareholder and labor issues.

After selling NRI Construction, Mr. Manoah joined forces with Blair Schlossberg to start Crown Holdings Group.  In the early days of Crown, he oversaw condominium conversion projects and several ground-up development projects.  He is instrumental in the acquisition, management, and ultimate disposition of the shopping centers and multifamily residential projects within the Crown family. He has completed over $750 million in residential development, commercial development and re-development of real estate projects.

Mr. Manoah was born in Tel Aviv, Israel and moved to the United States in 1980. He is fluent in both Hebrew and Spanish.   He currently holds a general contractor license in most of the Southeastern states.